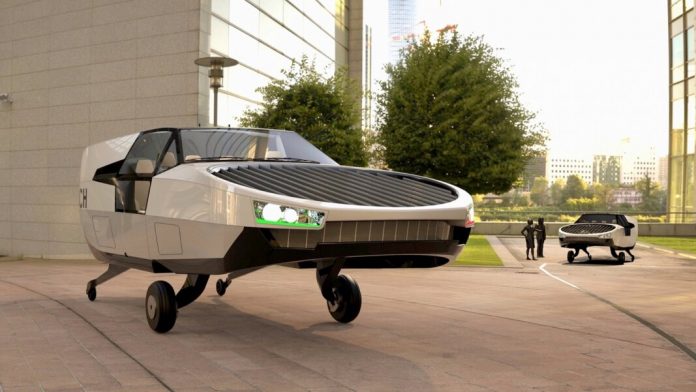 Ambulance use surged in 2020 because of the Covid-19 pandemic, even as emergency medical service providers struggled due to the revenue hit they took from delayed and canceled elective procedures. While we’re fervently hoping that far fewer people will need ambulances this year, there may soon be a whole new means of emergency transportation, at least in New York: flying ambulances.

Israeli aerospace company Urban Aeronautics announced this week that it sold its first four vertical takeoff and landing (VTOL) aircraft to Hatzolah Air, a nonprofit emergency medical air transport provider based in New York. The organization already operates fixed-wing aircraft (meaning propeller-driven or powered by a jet engine, with wings that don’t move) as part of its emergency missions.

To that end, “flying ambulances” isn’t a new concept; they’ve existed for a long time in the form of helicopters and planes. In fact, the Association of Air Medical Services estimates that around 550,000 people get medevaced in the US each year.

But Urban Aeronautics’ Cormorant CityHawk, as the aircraft is called, will bring some functional new features to the skies. Though it’s lightweight and has a compact footprint, its interior cabin is 20 to 30 percent larger than that of a helicopter, meaning it will be able to fit two EMTs, the patient plus a companion, and medical equipment (plus the pilot) without things getting too cramped.

The CityHawk is jet-propelled, so the absence of a spinning rotor with a wide diameter will make it more nimble, allowing it to land in places that aren’t heli-pads. “The combination of a relatively small external footprint, high payload, and a large and spacy cabin allows it to truly operate safely from anywhere within the city, near obstacles, and in the vicinity of people, with the peace of mind and safety of a car.” Nimrod Golan-Yanay, CEO of Urban Aeronautics, told Digital Trends. It’s also reportedly “much quieter” than comparable helicopters.

Though the contract between Urban Aeronautics and Hatzolah Air has been signed, getting the CityHawks into the skies will be a multi-year process. Engineers from both organizations will work together on the aircraft’s operational requirements, and the CityHawk will need to be granted regulatory permission before beginning flights.

Regulations for VTOL aircraft are different than those for drones. VTOLs can be autonomous or piloted; what makes them unique is that they use the same engine for vertical and horizontal flight by altering the path of the thrust. The CityHawk’s thrust is generated by two ducted fans, one at the front of the aircraft and one at the rear. Urban Aeronautics also says it’s working on a hydrogen-powered model.

Yet to be discussed is how much a flight in a CityHawk will cost. Hatzolah won’t be out to make a profit from its services, but given the cost of current medical airlifting and even of ground ambulances, it likely won’t be cheap. A May 2020 study at the University of Michigan noted that people who use medical helicopters or planes in an emergency can later be billed up to $20,000—and insurance often covers only a fraction, if any, of this sum.

Interestingly, a 2017 study done at the University of Kansas found that the onset of Uber caused ambulance use to drop by seven percent—apparently people in less dire straits have the prescience to avoid huge bills, even in their moment of crisis. Uber is actively working on getting flying taxis into the air, and while that’s probably still a few years away—due both to the regulatory environment and limitations of the technology—how might the cost of a flying Uber (which, of course, won’t have EMTs or life support equipment on board) compare to that of a Hatzolah Air ambulance?

And if Mohamed won’t come to the mountain, there’s also the option of a paramedic wearing a jet pack flying to the injured or ill person’s side—though this likely comes with a hefty price tag, too.

Let’s hope that between all these emergency transportation options of the future, we’ll see fewer lives lost—that is, after all, the end goal of all this technology.